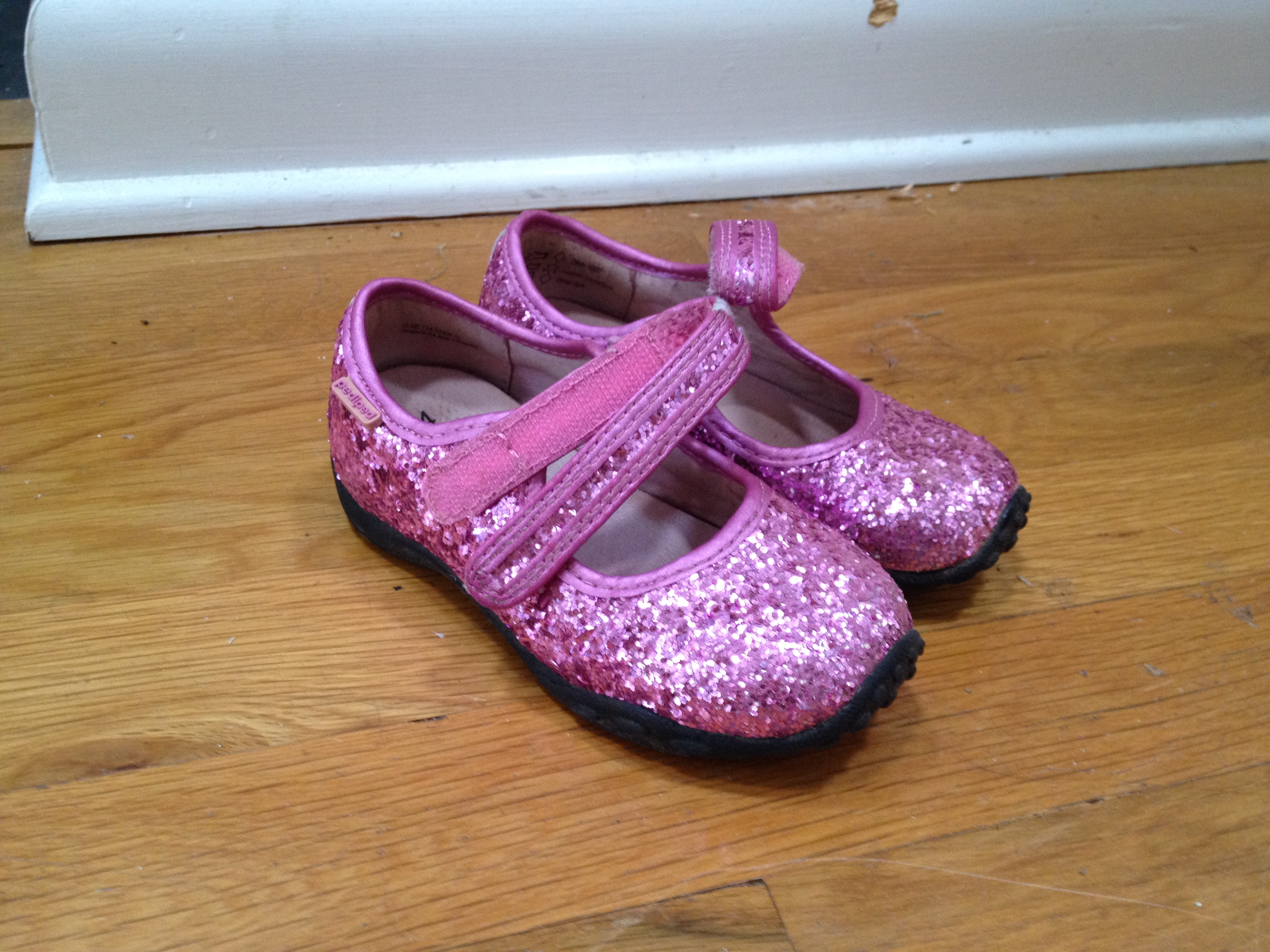 I’m far from an expert on fashion. Or shoes. But I’ve been thinking about shoes a lot lately, for two reasons.

First, my daughter fell on the sidewalk and got huge scrapes on her knee and her elbow. This is a daily occurrence for most kids, but for my daughter, it’s a big deal. She is very cautious and never falls. I think this was the first time she actually needed a Band-aid (as opposed to just wanting one because she had a tiny pink spot that she thought was a serious injury). Naturally, the cause of this fall was her shoes. She’s a fashionista and would wear high heels every day if I let her. 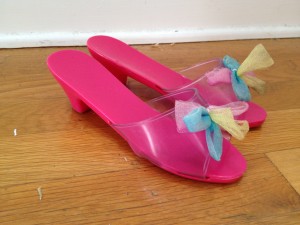 I don’t let her wear these shoes to the playground, or for bike riding, or for any activity that involves, you know, actually walking. So we’ve worked out a compromise with these: 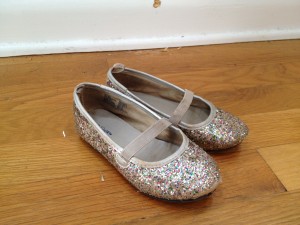 –which are at least flat, which would be a good thing if they weren’t completely flat in the sense of having no treads at all and thus very slippery and prone to causing falls.

But my daughter’s shoes aren’t my only problem. I’ve been having trouble with shoes too. I woke up about a week ago with such severe pain in the arch of my foot that I could barely walk. This is not surprising, considering I probably walk at least a mile a day just to the playground and back, assuming we only go there once and not counting all the walking in circles I do while playing Hansel and Gretel. And I always wear unsupportive (but cool!) flip-flops.

So I decided that Anastasia and I desperately needed new shoes immediately. Shoes that are cool enough to wear in summer but sturdy enough to prevent falling preschoolers and falling arches. Shoes that are pretty enough for my little fashionista to wear and comfortable enough to walk to the playground every day.

As it turns out, I found quite a few shoes that are good for both of us. 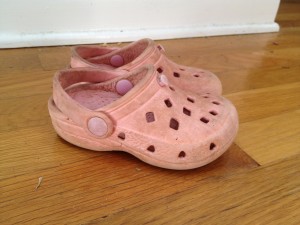 I discovered crocs two summers ago. My daughter had been given a pair which were well-loved but still very wearable, and in those days she was still willing to wear ugly shoes as long as she had a twirly dress. And while there’s no doubt that the traditional crocs are, well, ugly, you shouldn’t diss them till you try them. I finally bought some for myself when I realized how sad it was that I was jealous of my two year old’s shoes. They are not expensive and they are worth every penny. I wore mine every day it was dry, year-round (just add socks in winter), till I wore holes in the soles.

The only problem is that mulch and dirt come in through the holes on the sides. They do make versions without holes, but that ruins the point of cool summer shoes. And anyway, there’s nothing wrong with a little dirt on your feet. Just pretend you’re barefoot. 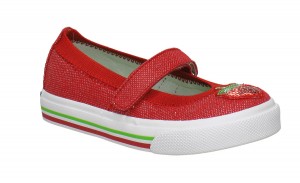 If you’re anywhere close to my age, you probably remember when Keds were the coolest shoes on the block. As it turns out, they’re still pretty cool. And even though getting my daughter to wear sneakers in summer is almost as hard as getting her to eat spinach, there are lots of summer activities that make tennis shoes the best choice. We don’t have any Keds (most of our shoes are hand-me-downs, and I’m not about to spend money on sneakers that I know she’ll only wear when I insist), but if I were going to buy her some sneakers, these would be a good choice. They’re not sparkly, but the pretty color and decorative strawberry might be incentive enough for her to wear them. Occasionally. 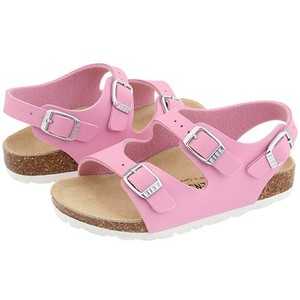 Neither my daughter nor I have ever owned a pair of real Birkenstocks. (I did have a knock-off pair back in the early 90’s.) But when I went last week to buy shoes with arch support, desperate for something that would enable me to walk again, the salesman told me Birkenstocks had the best arch support of any shoe in the store. I tried them on and it was true. They’re pretty amazing, especially considering how simple they are. I don’t think I’ll be willing to spend that kind of money on shoes for my daughter till after her feet stop growing, and hand-me-down Birkenstocks are a terrible idea since they’re made to conform to your individual feet, but someday I will own a pair. They’re probably the best walking sandals you can find. 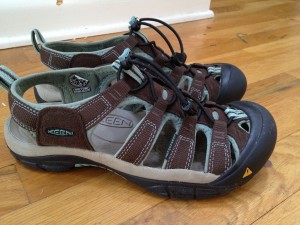 Unless the best walking sandals are Keens. These are my new Keens, which I’m wearing right now. I picked them over the Birkenstocks, and I’ve been wearing them every waking minute since. My arches are still sore, but I can walk without pain in these Keens. And I know preschoolers like them, because I see them all over the playground. My daughter, of course, will not own any till they come out with a sparkly version.

Which brings me to her new shoe: 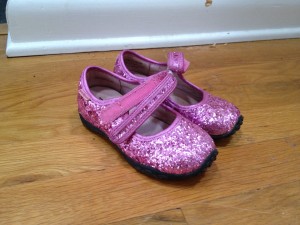 I’m still in awe that we found these shoes. Despite the sparkly exterior, they have some strong (yet flexible!) treads. You can see the toe protection. I would never have bought these for full price, but we found them at Baby Love consignment store — new! — but at a huge discount. There was one pair left in this style, and it was in my daughter’s size. Clearly, these shoes were meant to be.

The only trouble is that when she outgrows them, I’m going to want to buy her another pair.

Also, they don’t make them in my size.

What about you? What shoes are you and your kids wearing this summer?