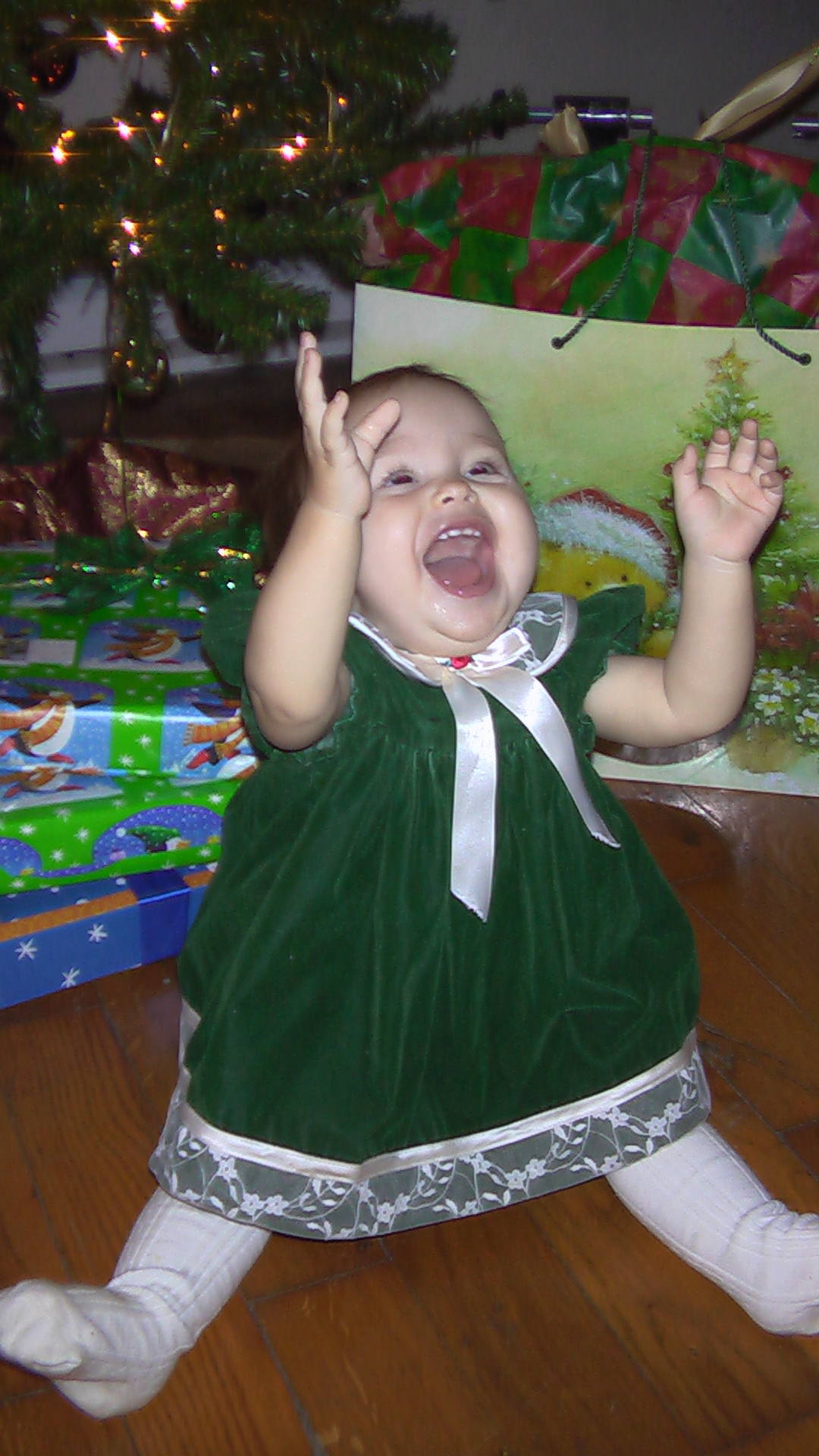 I’ve been a fan for a long time of Buy Nothing Christmas. Not because I’m lazy (ok, maybe it’s a little bit because I’m lazy), or because I don’t like to spend money on my relatives (ok, maybe it’s a little of that too), but mostly because I really do hate the commercialism of Christmas. All this pressure to get and give stuff really does detract from just enjoying the season and the meaning of it.

This year, I have the perfect excuse to not give a lot of presents. I am, after all, giving everybody a baby–which is really quite enough for one year, right? But I’ve been thinking lately about how we can keep Christmas from being all about presents for our kids. And honestly, it’s really hard. Everybody is asking what my daughter wants for Christmas, and my husband and I have found ourselves frequently asking her ourselves what she wants. But I don’t want her to think Christmas means getting a million gifts–even though I definitely thought that when I was a kid (and still do sometimes). I don’t want her to expect that she’ll always get tons of presents under the tree. Even though I can’t resist giving her some (because really, how many parents have the self-control to not give their kids presents at Christmas? I know I don’t). So I’ve been thinking about ways to encourage small steps in that direction if we can. Here are a few ideas:

1. Ask kids what they want to give. This came up somewhere on a Facebook conversation (I spend way too much time on Facebook!), and I thought it was a brilliant idea. Because that’s the point of gifts, right?–giving them, not getting them. Hard for a three year old to understand, but not impossible. It’s a seed to plant, anyway.

2. Make homemade gifts. This is one of the things that’s suggested a lot in the Buy Nothing Christmas circles, because, of course, it doesn’t involve spending money. It does, however, involve time–often a lot of time–which is something I’m a little short on this year. Making a baby counts, though, right?

3. Give something that will help someone else. I asked for a goat one year for Christmas. My mother bought it for me. I still have the card that says she bought a goat for a needy family in my name. It still brings tears to my eyes to think about that unknown family. My brother-in-law has been asking for donations to his favorite charities on his Christmas list for several years now. I love that.

4. Give something useful or necessary. Food is a nice celebratory gift that isn’t wasteful, and kids can help with baking cookies and making fudge for the neighbors. Fair trade coffee or tea are nice gifts for long-distance relatives: it says you’re thinking of them, but it doesn’t add to the cluttered commercialism of more and more stuff. And coffee tins are always useful for reuse.

5. Use reusable wrapping. Whenever I do go out and buy commercial gifts, I’m always shocked by how much I end up spending on wrapping paper. Wrapping paper is trash. I should not spend money on it. That is all.

How are you celebrating Christmas this year? Do you have any tips for helping your kids unplug from the commercialism of Christmas?