diaper rash? with cloth diapers and elimination communication? WHAT?! 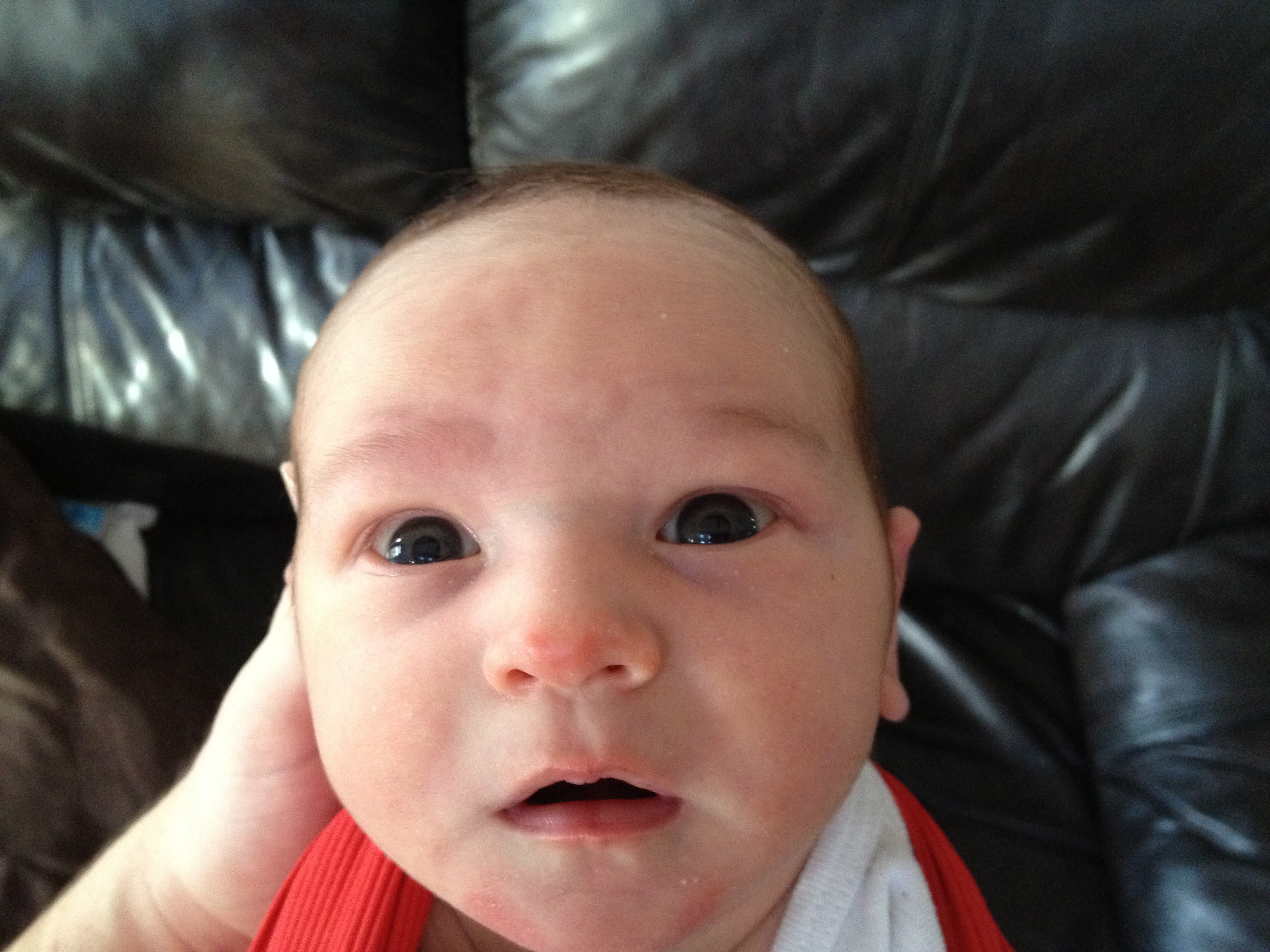 Teddy is two weeks old today, and he has a diaper rash.

And I don’t mean to sound like a high-maintenance over-worried first-time mom or anything, but to me, this is a disaster of massive proportions.

There are several reasons. One, Anastasia never had a diaper rash. Not once. She did get a mild rash when she was about three months old, but at that point I was using diapers rarely enough that I knew it wasn’t caused by diapers. And it wasn’t–it was caused by me eating dairy. I took dairy out of my diet, and she never had another rash. Ever.

Second, even though I haven’t kept Teddy diaper-free all the time, he has had a lot of diaper-free time. A lot more than Anastasia had had at this age, too–I didn’t even start EC with her till she was two weeks old. Teddy has been peeing and pooping in the potty since the day he was born, and even though he also was wearing diapers pretty much all the time for the first ten days or so, I almost never left him in a wet diaper. And absolutely never in a dirty diaper. I don’t use any chemical wipes on him (just cloth wipes and plain water), and even when he’s diapered, it’s often just a cotton diaper with no cover. Or with a breathable wool cover. There is absolutely no reason why this baby should have a rash of any kind.

But a couple of days ago I noticed some redness on his bum. Horrified, I decided to step up my EC a notch and kept him diaperless for most of two days (yesterday and the day before), except for two periods when we left the house for a couple of hours. He did great with EC while diaper-free–only a handful of pee misses, and no poop misses!–but the rash was still there. And yesterday, when I took him for his first doctor’s visit, the doctor thought it might be yeast.

If I’d been horrified by any rash, you can only imagine how upset I was when she said the y-word. Again, I realize that yeast is pretty common. But for a cloth diapering, breastfeeding mom, it’s a scary possibility. Not only because a yeast infection can cause breastfeeding problems, but also because it gets into your cloth diapers. And it’s almost impossible to get yeast out of cloth diapers.

The doctor gave me a prescription for Nystatin cream (eek!), but she told me I didn’t have to use it right away. I could keep giving him lots of air time first and see if that helped. But two days of it hadn’t helped. And Nystatin cream, like most barrier creams, is not safe for cloth diapers. And seeing as I’ve survived four years of motherhood without buying a single disposable diaper, I can’t imagine starting now. Mostly because I really hate the smell of disposable diapers.

But after I got home and recovered from the shock, I realized I had another option.

I also thought of something else that could be causing the rash.

Here’s the thing. I’ve always believed that when it comes to EC, sleep trumps potty. When Anastasia was a newborn, she rarely slept more than two hours at a time, and every time she woke, she pooped. So I changed her a lot at night.

Teddy, however, sleeps all the time. And although he usually signals when he needs to poop, he doesn’t mind sleeping with a wet diaper. So I don’t always know when he’s wet. And he frequently sleeps four-hour stretches at night. So I’ve gone long stretches at night without changing him. When he’s wearing nothing but a plain cotton diaper that doesn’t wick moisture away at all. And no barrier cream. Because Anastasia never needed barrier cream, so I figured he wouldn’t either.

And twelve hours of daytime diaperless time may not make up for eight hours in a wet diaper at night.

But this problem, fortunately, is easy to fix.

So last night, I pulled out the big guns. The last-ditch effort. I used gDiapers.

I am not a fan of hybrid diapers, and the brief time when I tried gDiapers with Anastasia (about half a day) involved multiple leaks and a couple of clogged toilets. And when I first realized that the problem was probably Teddy’s long nighttime sleep stretches, my first thought was to run to Target and get some California baby cream or something else that I could use with cloth. But Teddy was fussy and tired, and leaving the house at 9 pm last night didn’t seem like a good idea, and then I remembered that I had some Desitin cream.

I hate Desitin. I would never have bought it. It’s smelly and chemical-y and not safe for cloth diapers. My mom bought it when Anastasia was an infant and had the dairy-caused rash. I don’t think I ever used it for Anastasia. But last night, I decided it was worth it to try for one night to see if it helped. And luckily, a friend had given me an extra small gDiaper cover and half a box of disposable gDiaper inserts. I had planned to give them away, but last night I put one on and slathered the rash in Desitin.

Sure enough, this morning it was less red.

But I had prepared for that with a prefold under Teddy’s bum. And it was worth it. Today I’ll go and get some safe-for-cloth-diapers barrier cream, and tonight I’ll try a cloth method that includes a wicking layer–maybe a Fuzzi Bunz pocket (if I can get the “one-size” small enough; most one size diaper are pretty bulky on newborns) or a Lil Joey Rumparooz.

Meanwhile, I’ll take some probiotics, just to be safe, and I’ll add a few drops of tea tree oil to my cloth diaper laundry.

And I will remain calm. Rash is not the end of the world.

And too much sleep is a good problem to have!