have you changed your baby’s diaper lately? 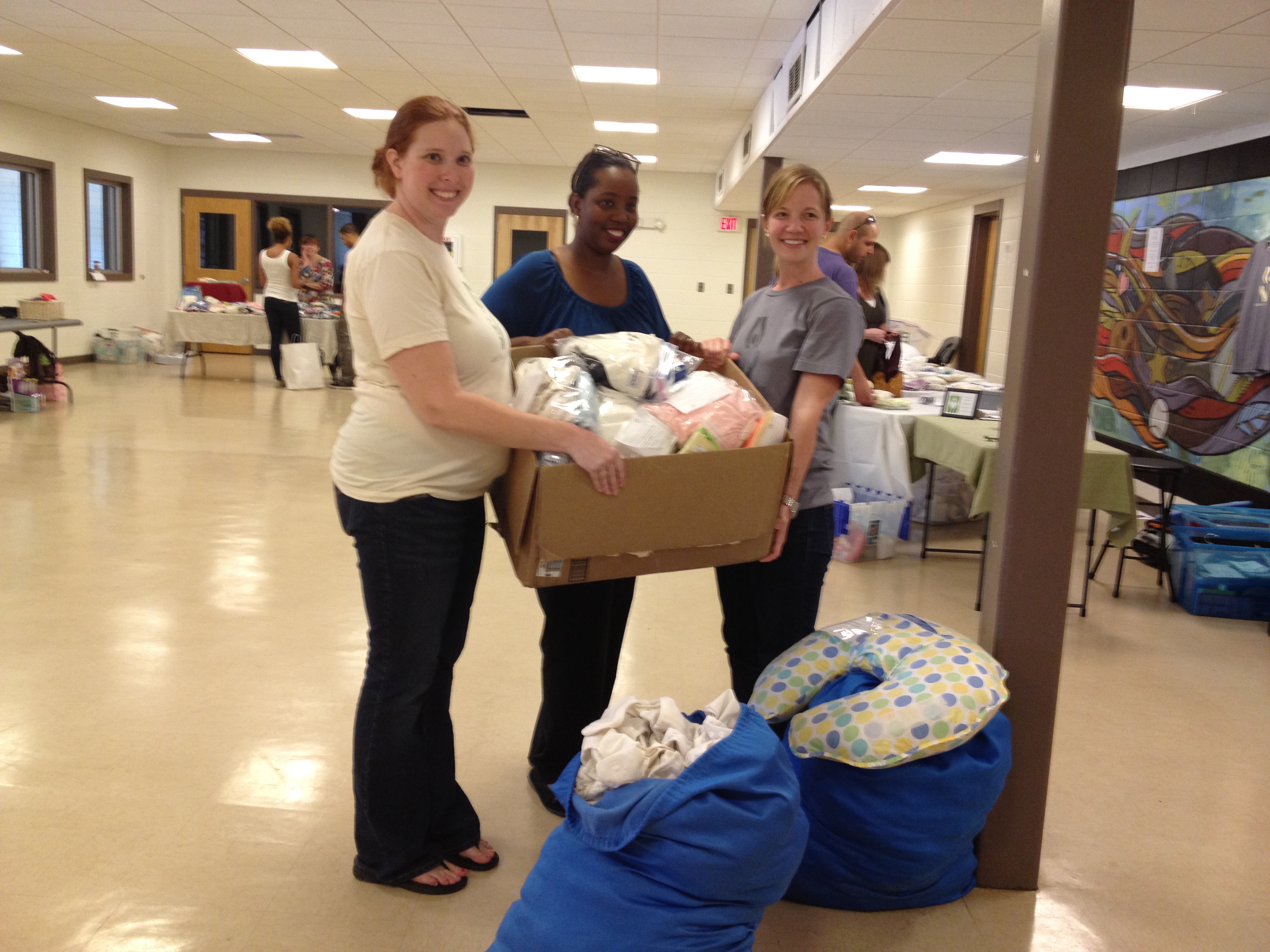 More specifically, have you changed him into a cloth diaper lately?

Last Saturday, 61 babies had their diapers changed — into cloth diapers — all at the same time. That’s 61 babies in Atlanta. The worldwide numbers haven’t come in yet, but since there were over 300 locations, I’m guessing it was, well, a lot. Probably even more than last year, which means that one of my babies finally got to be part of a Guinness World Record.

Yes, last Saturday was the Great Cloth Diaper Change, when thousands of families all over the world took part in a mass effort to break the world record (set last year, at 5,026 participants) for the most cloth diapers changed at one time. Why, you ask? To raise awareness about cloth diapers, of course. Also to show off our diaper stashes to people who care. And to demonstrate our amazing cloth diaper folding skills to people who, well, care.

(Sadly, people who care about this kind of thing are few and far between.)

Actually, I think I was the only person trying to show off my mad origami skills. Everyone else was using pocket diapers or all-in-ones. I used a printed Swaddlebees flat and a weehuggers cover. Just to show off. I think it actually had the effect of making me look like an idiot who doesn’t have awesome diapers like everybody else, though — especially when I broke my Snappi in the middle of the change. And then shouted in surprise, “Ugh! I broke my Snappi!” And everyone turned and stared at me.

At least they all knew what I was talking about and didn’t think I was speaking some weird code in which “Snappi” means “little finger” or “bra strap” or something more embarrassing.

I should have done what a mama next to me did, which was change into this diaper: 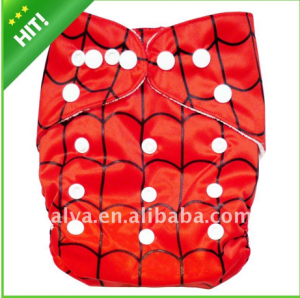 I also offered Teddy the chance to pee in his potty in the middle of the change, which would have been awesome except that he didn’t pee. He had just gone. He did pee in the potty several times during the event, though, which was cool. Actually that was doubly cool because when can you pee your baby into a potty on the floor in the middle of a rec center and not have people freak out? Only when you’re running the DiaperFreeBaby exhibit table at a cloth diaper changing event, that’s when.

And speaking of people who care. I was also really excited that Kia Smith of Atlanta Diaper Relief was at the event. Atlanta Diaper Relief collects diapers for families who can’t afford them, and until this weekend, they had only ever distributed disposable diapers. But I met Kia when I was a guest on the Mommy Talk Show, and and I asked her then if she would ever be interested in collecting and distributing cloth diapers as well. It’s bothered me for a long time that cloth diapers are viewed as an expensive option for higher-income families, when in reality cloth diapering is much cheaper than using disposables. And for Kia’s clients, the benefit is obvious: families who receive disposable diapers will continue to need more diapers till their children are potty trained, but families who receive cloth diapers will never need help with diapers again. So I’m excited that Kia is going to help cloth become an option for more families who can’t afford the upfront cost of buying a stash. This weekend, Kia got a great start on Atlanta’s first-ever cloth diaper bank, not only from individual donations, but also because the Atlanta Birth Center donated the leftovers from their diaper consignment sale. It’s not too late to donate your old cloth diapers; you can contact Kia or me if you have some you’d like to donate.

Sometime in the next few weeks, Kia and I will get together to count and organize the diapers. And I will revel in the soft fluffy wonderfulness and try to resist the urge to rub them all over my face. Then we will figure out how to distribute them. And then I will give a workshop to the recipients to teach them how to use them. And then a few happy families (or maybe even more than a few) will never have to worry about the cost of diapers again.

Sad you missed the event? You can participate next year. It will once again be on Earth Day weekend, and we’ll have an even bigger record to break.

So you have a whole year to find a great sale on a Spiderman diaper.

Photo is Ashley and Suzanne from Atlanta Birth Center with Kia Smith of Atlanta Diaper Relief, showing off the donated diapers.