how safe is your toddler from peer pressure? 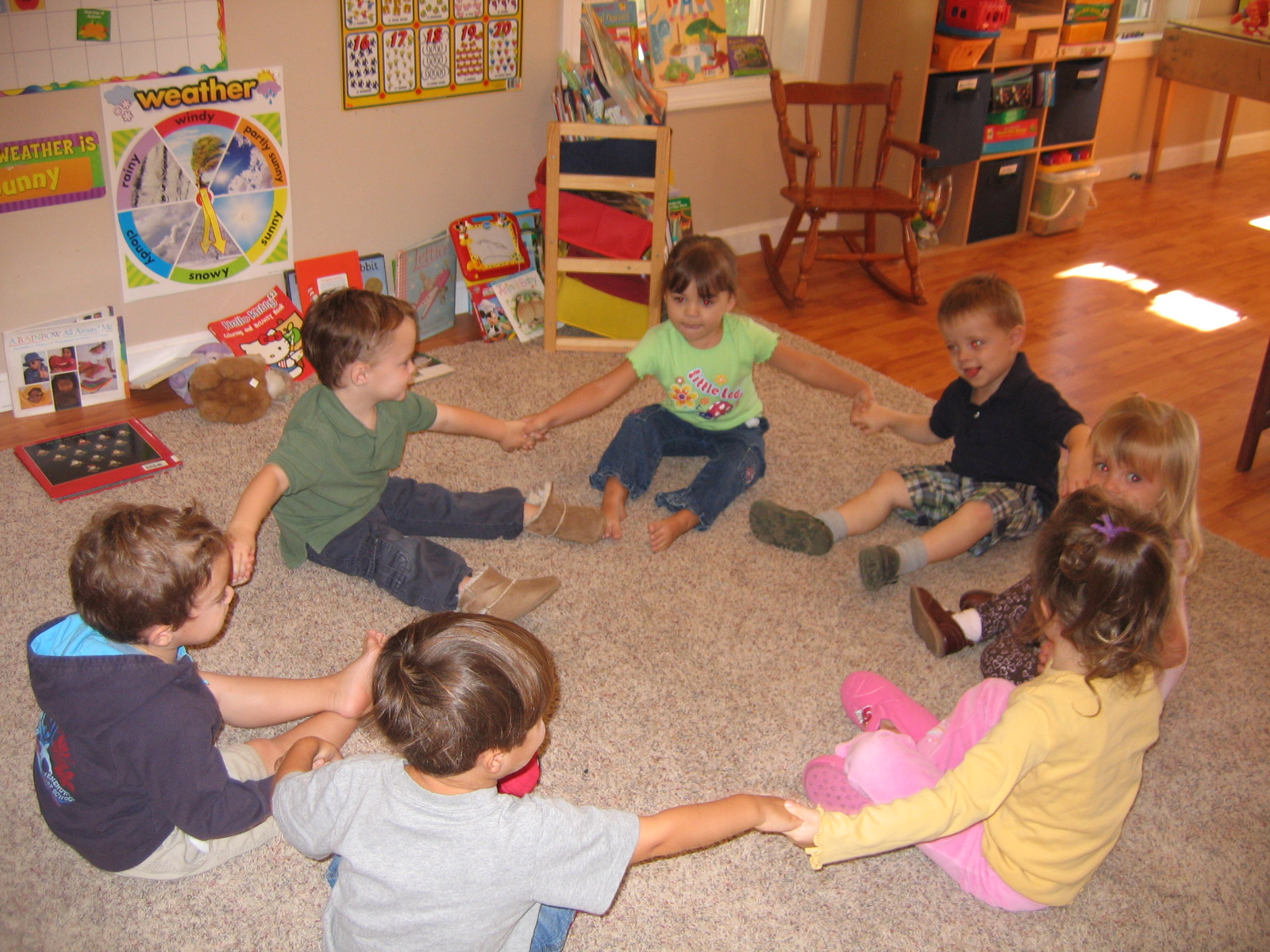 Toddlers and peer pressure. Are you thinking you read that wrong? These things have nothing to do with each other, right?

Assuming that kids are still considered toddlers at age three (that’s fair, right?), they have everything to do with peer pressure. Peer pressure may be stronger at age three than at any other time in a person’s life, because it’s the age when we first experience it. Three is the age when kids first realize that other kids exist as a group. (One is the age when they realize they exist, which is why they want to do everything “by mysewf”, and two is the age when they realize you exist as a separate being from them, which is why they want to prove they’re separate from you by doing exactly the opposite of anything you want.) That’s why two one year olds in a room will play with similar toys side by side, and two two year olds will hone in on exactly the same toy and steal it from each other repeatedly until they start hitting each other and a parent has to intervene. (Usually by attempting to convince one of them to play with the exactly identical toy sitting right next to the toy they’re fighting over. Which won’t work. Because what they want isn’t the toy. What they want is the fight.) But at three, kids start to gain social awareness. They start to care what other kids think of them. For the first time, they’re able to share. For the first time, their peer group becomes more interesting to them than their favorite adult caregiver.

Three is the first teen year.

Of course it’s a lot less subtle than it will become in middle school. None of the backstabbing, gossiping, and cruel insinuations they’ll refine later. It’s pretty straightforward, actually. You’ll know your toddler is becoming a teenager when she says things like, “If you don’t give me a cookie right now, I won’t be your friend any more.” (To which you can reply, Awesome, because I was never your friend; I’m your parent, and does this mean you’ll let me go to the bathroom by myself without begging me to play with you?) But preschool peer pressure isn’t any less painful for its directness. Learning to navigate the social scene is hard work at any age.

And resisting peer pressure is even harder.

But there are a few things you need to realize about peer pressure. First is the fact that it isn’t always bad. This is a lot more obvious when you think about toddlers instead of teenagers. Because clearly the pressure to go to the unsupervised party on Friday night where a bunch of fifteen year olds are going to be getting drunk and smoking weed is bad pressure. But the pressure to stop hitting all the other kids in preschool every time you’re frustrated is good pressure. (Which is why at age three we call it “socialization” instead of “peer pressure.”) But it’s the same thing. It’s the human urge to be part of a group, to have a tribe, and the willingness to modify your behavior in order to be accepted by that tribe.

And the second thing you need to realize is that peer pressure can still be bad — even when the behavior it’s changing is neutral or slightly negative. Your child’s stubborn determination to stay on the swings past dinnertime, long after all the other kids have gone home, is the same inner strength that will enable her to say no to the party in high school. Even her willingness to say no to you (you are still, after all, her most important social relationship) will make it easier for her to say no to peers later. Every time she does what she wants in the face of social pressure, she’s exercising her ability to choose for herself — her ability to recognize her own needs and desires and meet them. She’s practicing a skill that will help her live a balanced life as an adult, that will help her know when she needs to say no to friends and kids and take a long bath with a book and a glass of red wine. She’s learning to value her own desires and needs. And that ability to balance your own needs with the needs of your tribe is what it means to be socialized.

But meanwhile. Letting your preschooler practice that balance? Will make you want to take a long bath with a tall glass of vodka.

But — and this is the last thing you need to know about peer pressure — practice is the only way your child will learn how to handle peer pressure in a healthy way.

And so it’s good to let your child make decisions — real decisions, with real but livable consequences, not just imaginary decisions that you create for her — when she’s young. Even as young as preschool.

Because social pressure is one of the most powerful forces that changes us — for worse and for better.

Take a look at these studies and you’ll see what I mean:

I’ve seen exactly this kind of transformation in my own social group. When my daughter was born, I didn’t know anyone who used cloth diapers. I did it anyway (because I could give a hoot about peer pressure most of the time, especially when it conflicts with something I really believe in). In my daughter’s neighborhood playgroup, I met one other mom who used cloth diapers. One. And they all thought I was crazy for doing EC. None of them had ever heard of EC before they met me.

But I started teaching workshops, and doing presentations, and telling all my friends how awesome cloth diapers and EC are. And many of my friends who had babies after me decided to try one or both. And many of them told their friends who were having babies. And parents who would never have considered using cloth diapers found themselves trying EC, because they saw their friends doing it and it didn’t look that hard.

Meanwhile, lots of movies came out about climate change and environmental problems, and the organic baby industry exploded, and just about every major business added an ecologically-friendly component to their marketing strategy, and going green became the cool thing to do.

Four years later, Teddy was born. In his neighborhood playgroup, most of the families — at least two-thirds — are using cloth diapers at least part time, and around half are dabbling in EC. Same neighborhood. About the same number of families. Did peer pressure have anything to do with that? Of course it did. Wouldn’t you be more likely to try cloth diapers if you knew someone personally who used them?

I’m not claiming credit for the change in our neighborhood. (Ok, maybe I am a little. You know I convinced you to consider cloth diapers. I rock. There, I said it.) But it was part of a larger social change, one that was caused both by people conforming to peer pressure in a positive direction and by individuals bucking peer pressure to act in a way that conformed to their own values. Both of these are good things. Both have their place. Learning when to do which is one of the most important skills we can teach our kids.

Because adults who know how to balance their own values with societal norms gain a lot more than the basic social skills kids are learning in preschool. They gain the ability to keep perspective, to take care of themselves, to set priorities, to manage time, to keep friendships, to accomplish goals. Which are things we all hope for our children, right?

And changing the world? That’s just a side benefit.