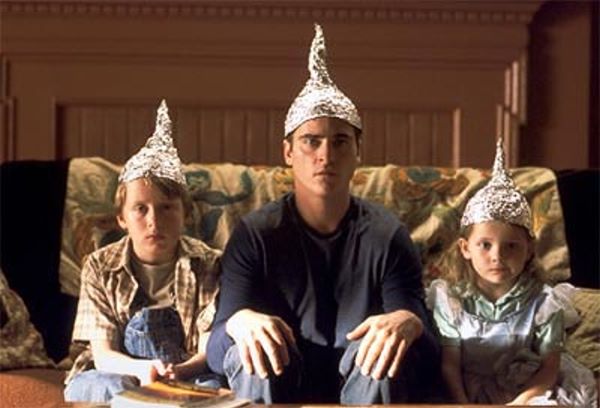 Sometimes I feel like it’s only a tiny step from trying to raise my kids green to hiding out in a bunker in the woods with a shotgun.

It’s not just the whole living-off-the-grid dream, although that’s part of it. Sure, I want to reduce our family’s carbon footprint. I’d like to generate my own renewable electricity and have a composting toilet and water my garden with gray water from my shower (in which I would of course use only biodegradable, natural soap). But there’s much more to it than that.

Here’s the thing. When I was first pregnant with my daughter, I didn’t even know these natural parenting ideas existed. I didn’t even know what “natural birth” meant, I’d never seen a cloth diaper or a carrier, and if I’d had to guess what attachment parenting was, I’d probably have thought it had something to do with Carl Jung. For me, it started with home birth. I decided one day that I hated my OB/gyn (not surprising: I was pregnant and hormonal, so I hated everybody), and next thing I knew I was researching midwives and thinking about a home birth. I had no idea anybody could even do that. But it resonated with me; it made sense to me. I liked the idea.

But one minute you’re sitting there thinking a home birth sounds like a nice idea–I could bake a cake while I’m in labor! A birthday cake! And then after the baby’s born we’ll light candles and sing happy birthday!–and the next minute you’re convinced that obstetricians are evil mercenaries who want to cut you so they’ll get paid more and vaccines are part of a vast government conspiracy for mind control. Not to mention the whole corn syrup plot. Don’t even get me started about corn syrup.

Take any example. Take ultrasounds. I’m having an ultrasound today, and I’m completely freaked out about it. Did you know that the American College of Gynecology recommends against the routine use of ultrasounds? Really. And yet I don’t think I know a single mom who didn’t have at least one ultrasound in her pregnancy. Doesn’t that sound like they’re used routinely to you?

I wasn’t planning on having an ultrasound in this pregnancy–I was dead set against it–but I can’t shake the irrational feeling that I might have twins, despite all evidence to the contrary, and I finally decided that a few sound waves were worth it to get that worry out of my head. But I swear I’m going to sound like a conspiracy theorist at the doctor’s office today. I’m going to tell them I want the exam to be as short as possible, using the lowest setting possible–minimize my baby’s exposure, you know?–and I’m going to give them a list of things they don’t need to bother to look for. Will I sound crazy? Yes. Am I crazy? Maybe.

But if you can show me even one large, double-blind study comparing the long-term outcomes of one ultrasound to no ultrasounds during pregnancy and demonstrating no correlation with negative outcomes, I’d feel better. I haven’t been able to find one.

Take another example. Take potty training. Did you know that the signs of readiness for potty training as recommended by the American Academy of Pediatrics were invented by pediatrician T. Berry Brazelton–shortly after he’d been hired as a Pampers spokesperson? He did a small study of potty training practices and concluded that early potty training could cause regression and bedwetting. But if you look at the data from his study, it doesn’t necessarily back those conclusions up (and it’s far too small to be a representative sampling anyway). It makes you wonder. Could the AAP be in the pay of diaper companies? Are they all in league to destroy traditional practices like EC so they can sell larger plastic diapers?

Of course they’re not. Diaper companies are in it to make money, and they will do whatever they can to increase their market, but companies making money don’t indicate a conspiracy. They’re just doing what all companies do. And the AAP is doing the best it can, and probably trying to prevent a return to the coercive methods of infant potty training in the fifties, which were awful.

The world isn’t against me just because I’m different. Yes, it’s hard to raise your family in an organic, sustainable way. There are a lot of things in our society–particularly in our childcare practices–that are far from ideal, things that are not holistic and even things that everyone accepts that are actually dangerous. But it’s not a conspiracy. It’s a perfect storm of the way our society has become. And it’s changing. Look at breastfeeding, which still has a long way to go, but it’s come such a long way even since I was a baby. Look at cloth diapers, which are still a tiny niche market but at least they’re available, and there are so many styles now that it’s overwhelming. Look at organic and local food, which is growing by leaps and bounds, and even in the city there are so many places you can get local food, or even grow it.

No, the world isn’t coalescing in a vast conspiracy against natural parenting, although it can feel that way sometimes. At least I’m pretty sure it’s not. Most of the time.

But don’t say I didn’t warn you about corn syrup.