pregnancy weight gain: does it matter? 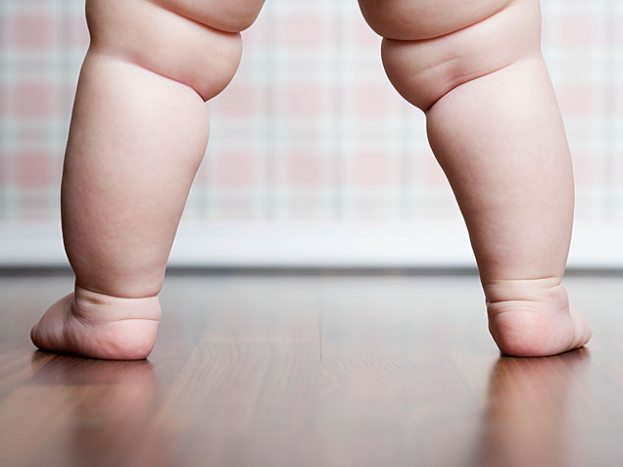 I meant to post this yesterday but didn’t get around to it. Consider it True Confession Wednesday, because I think it’s time for me to make another embarrassing admission. My confession for the week is this: I’m 31 weeks pregnant, and I weigh more right now than I did when I gave birth to my daughter.

But in my first pregnancy, my weight gain was ideal. At least according to Dr. Google. Every time I weighed myself, I had gained exactly the recommended amount. I was the poster child for the perfect pregnancy weight gain. I exercised regularly and ate healthy, and I was extremely proud of myself. I gained a total of exactly twenty-five pounds, and I was certain I would lose it quickly. Because that’s the whole point of the recommended weight gain, right? Well, that and the healthy baby thing.

But it didn’t work out quite the way I planned. When my daughter was two, I finally worked up my courage to buy a scale, and I discovered that in the two years since I’d given birth, I had lost exactly ten pounds. Seeing as seven of those pounds were her, I think I lost all ten of them on the day she was born.

A long year of dieting later, by my daughter’s third birthday, I finally got back to my ideal weight.

Two months later, I got pregnant again. Darn that skinny figure. Couldn’t keep the husband away.

And I’m not having twins. I checked. (I was kind of hoping for an excuse for all this extra fat. Also, my daughter kept insisting that there were two babies. But no.)

On the other hand, my midwife doesn’t care how much weight I gain. In fact, she doesn’t even track it. She asks me about my exercise and my diet (and my aches and pains and hopes and dreams), but she never asks about my weight gain. Although many providers will talk about complications like gestational diabetes and pre-eclampsia, problems like these could just as easily be the cause of excess weight gain in pregnancy, not the other way around. There does seem to be a correlation between high weight gain and macrosomia (i.e., having a large-for-gestational-age baby), but considering how short my husband and I both are, and how tiny my daughter has always been, I’m not too worried about that possibility. Plus, I have wide hips. I think I can birth a pretty big baby without too much trouble.

And having a big baby is much less scary than having a baby that’s too small, immature, or preterm, which are the likely complications of restricting food intake to reduce weight gain. The main complication of macrosomia is shoulder dystocia, which can’t be predicted prenatally but can usually be handled without problem in a home birth. Also, apparently it’s common to gain more in a subsequent pregnancy if you lost weight between pregnancies (and hey, I only lost ten pounds, but that’s a lot when you’re as short as I am). So I’m trying not to worry about this too much. I’ll comfort myself with the stories of friends who gained 60 pounds during pregnancy, and I’ll exercise more and eat some more vegetables. Ok, maybe they’ll be vegetables cooked in butter and cheese. And dipped in peanut butter. A girl’s gotta get some protein–I’m growing a baby here. A really big baby, apparently.

And who knows?–maybe I’ll get lucky. Maybe the baby will be huge but birth easily, and after it’s born all my extra weight will melt away like a deflating balloon. The whole recommended-weight-gain thing didn’t work out so well for me in the weight loss department, but I have lots of friends who gained lots of weight and then lost it within months. So maybe this time I’ll be one of those moms.

Or maybe my daughter will turn out to be right: maybe it really is twins. The ultrasound tech assured me that it was definitely one baby. But my daughter says the machine was wrong, and the other baby was just playing hide-and-seek. I’m pretty sure she’s wrong on this one. But you never know.