to sleep or to potty? that is the question 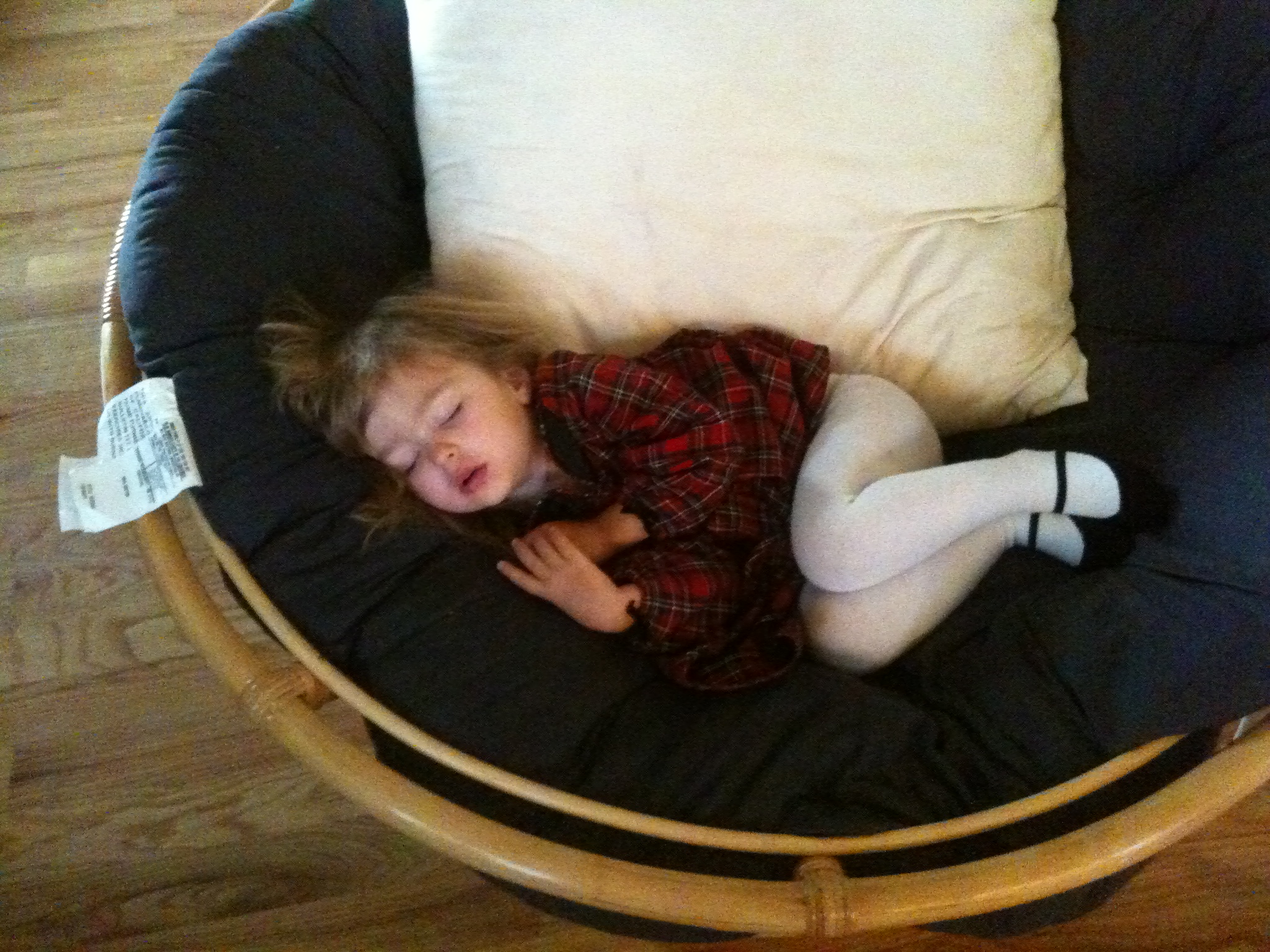 Sleep or pee? No, I’m not talking about those midnight pregnancy awakenings (that’s a relief, right? I’m sure you’re tired of all this pregnancy TMI). No, I’m talking about my three-year-old daughter. Let her sleep or wake her to potty? That’s my parenting dilemma this week.

I feel like I should offer a couple of disclaimers here. First, if you’re not familiar with elimination communication, you should know that most babies who are EC’d from birth are actually able to stay dry all night at a much younger age than three. In fact, babies who are EC’d full-time at night often start staying dry all night (sometimes with a midnight potty break, but sometimes without it) before they are a year old. So it’s not totally crazy for me to think my daughter could go all night without peeing.

On the other hand, for children who are conventionally potty trained, peeing in sleep is normal until around age five or six. So if your four year old is still wearing diapers at night, he’s totally normal; don’t worry about it.

Which leads to the logical question: if my daughter sometimes pees on the bed, then why am I not still using diapers at night?

Simple answer? Because I don’t have any of these. (Hint to any relatives wondering what to get for the new baby.) When my daughter was an infant, I ran across several EC’ing families who stated that “sleep trumps potty” when it comes to nighttime decisions. For tired mamas and newborn babies, sleeping is more important than pottying. Some babies sleep better after pottying (you take them once and then they’ll sleep for four hours instead of two), so those families practice EC at night. Other babies will pee in a diaper and go back to sleep without waking mama, so those families don’t do EC at night. My daughter woke every three hours no matter what I did, but EC’ing required sitting up and nursing didn’t, so I used diapers at night.

Then around age two, my daughter started leaking through all her nighttime diapers. Rather than buy new diapers (which just seemed like a waste of money at that stage; she’d been out of daytime diapers for a year!), I decided to start nighttime EC. At that point I was already occasionally pottying her at night, and she was staying dry through the night about three out of four nights. And every time she did pee, it got all over the sheets anyway, so I figured it would be just as easy to get rid of diapers as not.

After a few months, I figured out that if I took her potty at least once during the night–usually around midnight–then she would stay dry all night. She was still waking every three hours to nurse, so adding potty to one of the nighttime wake-ups wasn’t that big of a deal.

But then, when she was three and a half, we finally figured out that she was waking so much at night for physiological reasons. After a week of taking a (liquid) magnesium supplement every night at bedtime, she went from waking every three hours to sleeping all night. Really all night. Like ten to twelve hours. I was in heaven.

But she also started peeing on the bed.

Which makes a lot of sense, if you think about it: not only is she sleeping twelve straight hours, which is longer than she’s ever stayed in bed on a regular basis in her life, but she’s also taking a liquid supplement right before bed.

My first thought was to limit liquids in the evening, so I started giving her the supplement at dinner instead of at bedtime. That helped. But she was still peeing on the bed at least one night out of three.

So I started taking her potty during the night again. Since she now goes to bed earlier than I do (which is a miracle in itself!), I figured I could take her before I went to bed without disrupting my own sleep. I noticed that she usually stirs a little and calls out around 11 or midnight and then puts herself back to sleep. But I started taking that as my signal to go in and potty her in the little potty in her room, and it worked great. She would pee without ever waking up (there are few things cuter than a three year old leaning on your shoulder, eyes still closed, peeing on the potty in her sleep!), and I’d put her back in bed and she’d sleep soundly all night. Perfect solution, right?

Except that recently I’ve been wanting to go to bed earlier, and I found myself getting stressed about sitting up waiting for her to stir so I could go potty her while she was in a light sleep. So the other night I did something I’ve never done before. Instead of waiting for her to call for me, I went in when I was ready to go to bed. She was in a deep sleep, but I picked her up and put her on the potty. She peed without waking or protesting at all, and then I put her back in bed and she went straight back to sleep. Which was awesome. But ever since I’ve been worrying about it. Did I disrupt her sleep patterns by taking her when she was in a deep sleep? Did she sleep poorly the rest of the night? She seemed kind of tired the next day, but that could have been my guilty imagination.

I know I’m overthinking this, but if you had any idea how awful her sleep has been for the past three years–and how challenging all of our lives were as a result of her poor sleep–then you’d understand how scary it is for me to do anything that might disrupt her sleep at all. It’s practically sacrilege. On the other hand, peeing on the bed disrupts her sleep (and mine!) a lot more. But then again, a lot of nights (like last night, when I was too tired to take her potty before bed), she sleeps all night and stays dry. So maybe if I left her alone, she would just sleep all night.

I do think that pretty soon she’ll be able to take herself at night–she’s just not quite aware enough yet to take herself when she’s half-asleep. In a year or two, this dilemma, like so many other past parenting dilemmas, will be a thing of the past. In the meantime, I’ll remember my mantra: sleep trumps potty. Right now I sleep better after I’ve pottied her, because I know she’s not going to wake wet and crying at 3 am. She sleeps better after pottying on nights when she would have peed on the bed…but on nights when she would otherwise have slept all night, then pottying might make her sleep worse.

So whose sleep trumps potty? I’ll let you guess.