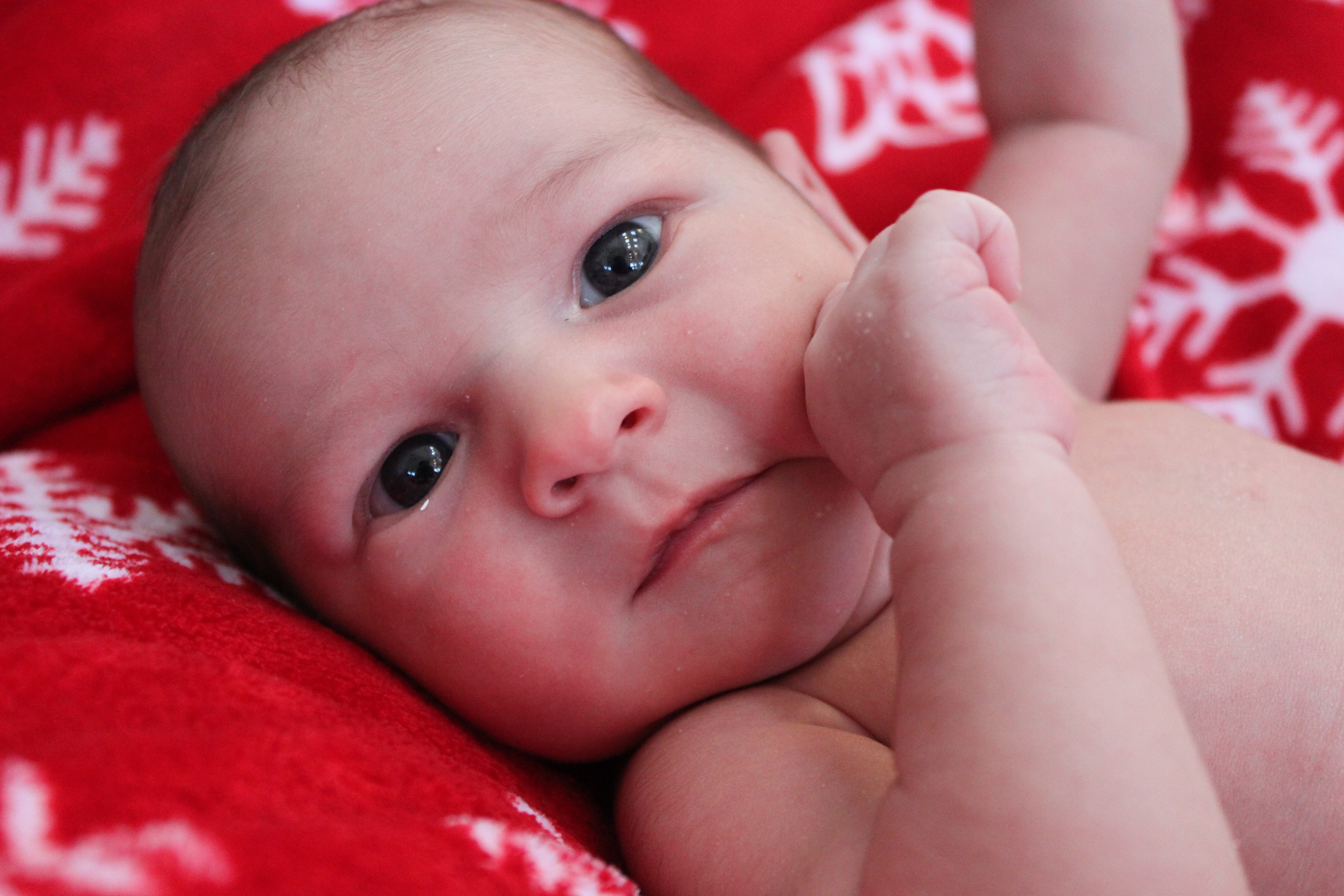 One nice thing about having a second baby is that you get to use all your tricks from the beginning. This is particularly useful since a lot of these tricks work best in the newborn stage. It’s kind of nice starting with a full quiver from the get-go, so to speak, instead of learning as you go. It was kind of frustrating with Anastasia when I’d learn a great trick for calming a newborn and she was already five months old.

So, for those of you who have newborns, or will soon, here are my top recommendations for soothing tricks to learn before your baby gets too big.

1. Babywearing. Sadly, this is hard to learn until you actually have a baby. But already knowing it is incredibly useful. Breastfeeding while babywearing is an especially useful skill (but especially difficult to learn until you actually have a baby, unfortunately). I’m also really happy that I already know how to use the toilet while wearing a baby. With Anastasia, I struggled with the terrible choice of taking-baby-out-of-the-sling-and-waking-her vs. not-peeing. So I didn’t pee much. Now I no longer have to choose; I can do both! (I can actually breastfeed AND pee while babywearing, but you shouldn’t try that at home. It takes years of practice.)

2. Swaddling. Ah, swaddling. Swaddling is wonderful. I didn’t even hear of swaddling until Anastasia was three months old, which was a shame since that’s when you’re usually supposed to stop swaddling. But even though I was late, it worked so well for her that I continued doing it for naps till she quit napping at 18 months (until then it was the only way she would nap), and I did it occasionally for bedtime up till her second birthday. Heck, we still wrap her tightly in a blanket at bedtime sometimes if she’s having a hard time settling down.

After all that practice, as you can imagine, I’m pretty darn good at swaddling. Swaddling a newborn is easy. And it’s nice to feel confident that all that flailing doesn’t mean he doesn’t want to be swaddled (it just means he can’t control his limbs yet). Plus, I have really gorgeous swaddling blankets now: 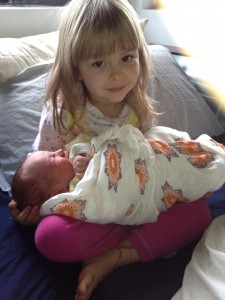 3. Happiest Baby on the Block method. Yes, swaddling is one of the five S’s, but it’s so helpful I felt like it deserved to be a separate item on the list. However, the other four methods–shushing, sucking, side-lying, and swinging–are also really helpful. Especially the swinging one, which involves a bit of a learning curve because it’s really more jiggling than swinging (I think he called it “swinging” because he wanted it to start with an S but wisely didn’t want to recommend “shaking”). What Dr. Karp calls swinging is actually making a very small, fast movement that causes the baby to jiggle like jelly. It also causes the baby to magically and instantly calm down and frequently fall asleep. Especially when combined with swaddling.

4. Breastfeeding in public. Yes, I had to learn this. If you know me in person, this may shock you, but there was a time when I was embarrassed to breastfeed in public. In fact, I vividly remember the first time I breastfed out of my house–I was at Borders Books, carrying Anastasia in the sling, and I took her into the bathroom to breastfeed her. But once I got her latched on, I looked in the mirror, and everything was so covered up that it seemed silly to hide in there. I remember walking around the stacks of books feeling smugly amazed that I was breastfeeding and nobody could tell.

Now, of course, I breastfeed in public and everybody can tell and I really don’t care. But it does make it easier to keep a newborn happy when you don’t think twice about whipping the boob out.

5. Elimination communication. I did start EC when Anastasia was a newborn, but the truth is I was pretty terrible at it. Looking back, I guess she may have signaled, but I really had no idea. I did it entirely on timing, and I thought about it way too much. I offered too often and worried about it way too much. I also was terrified of being peed or pooped on.

Now, being peed on bothers me as much as breastfeeding in public. I don’t even bother changing my clothes most of the time. And EC in general just feels like not such a big deal. I don’t keep track of catches and misses like I did when Anastasia was a baby. I don’t wonder if I’m doing it right or worry about when he’ll be potty independent. I do it when it works for both of us, which is most of the time, and I put diapers on when I feel like it, and I get peed on when I feel like it, and when I have a day when he’s in underwear most of the day and has few misses, I really only notice it because he looks so cute in underwear.

Also, Teddy’s signals are much more obvious to me than Anastasia’s were. Which brings me to…

6. Dunstan baby language. Ok, I never actually learned this. And I have no idea if it actually works or not. But I do notice a definite difference in the sounds that Teddy makes for different requests. I remember figuring that out for Anastasia too, but it took much longer–she was past the newborn stage by the time I could easily distinguish why she was crying. With Teddy, it’s been obvious to me since his first day of life: that’s a hungry cry, that’s a tired cry, that’s a poop cry. Ok, sometimes I mix up the poop cry with the burp cry. But he probably does too.

In any case, even though I don’t know how accurate Dunstan’s take is on it, I do love the concept of listening to baby’s signals and trying to discern what he’s communicating. And I feel like that effort is working a lot better the second time around.

7. Sleep. When Anastasia was a newborn, I didn’t realize how much sleep babies need. I also had no idea how to set up an environment that was conducive to sleep. Of course, even once I did learn lots of tricks, none of them really worked for her, but that’s a separate issue. The real difference with Teddy is that I know he needs sleep. A lot of sleep. Now that he’s a month old, he’s starting to be more awake, and I think at this age I started to let Anastasia stay awake for much longer periods. Because I assumed that if she was tired then she would fall asleep, or at least ask to nurse, or something. With Teddy, if he’s been up for a while, then I assume he needs to sleep again, even if he isn’t yet acting tired. I try not to let him stay awake for more than an hour at a time. And that’s been really helpful–because if he ever does stay awake for longer than an hour, he gets overtired and isn’t able to fall asleep. And when he finally does, he doesn’t sleep long or well. Sleep begets sleep is true in his case, but I had never even heard that saying when Anastasia was a newborn.

Of course, none of these things work all the time, and sometimes none of them work at all. (Like last night at 3 am, for instance.) But it feels good to have lots of different things to try, especially when I know that some of them work at least some of the time. Even easy newborns are a lot of work. But knowing that you have tricks that might make your newborn happy is nice. It makes you feel like you know what you’re doing.