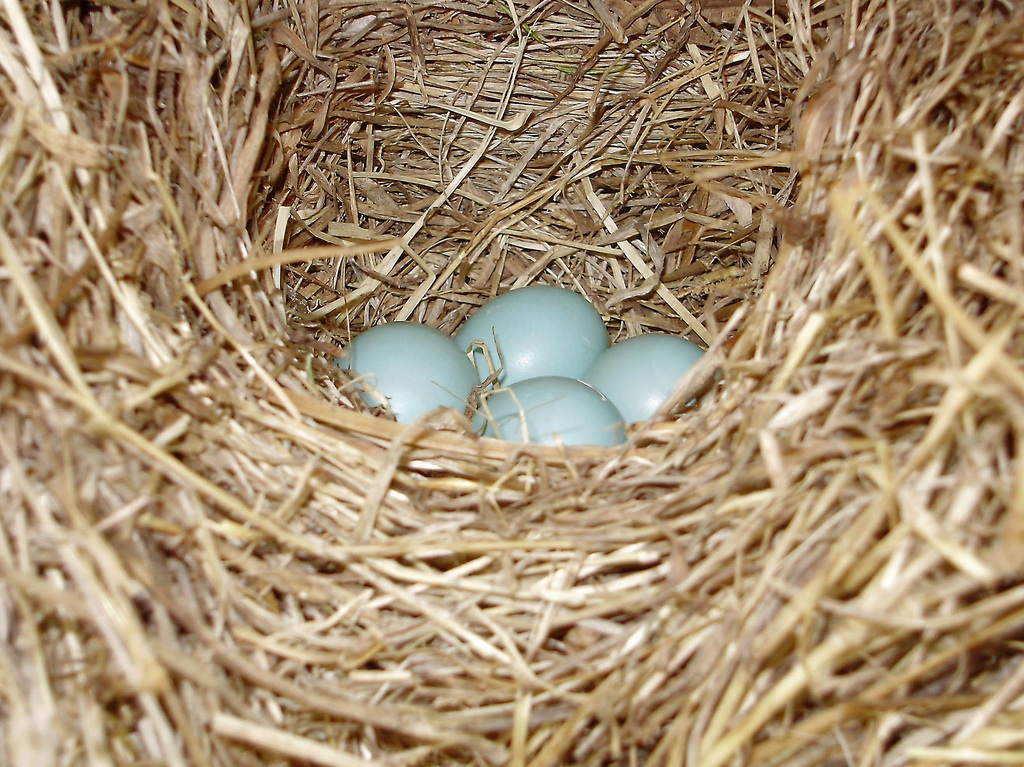 I never nested in my first pregnancy. I kept waiting for that moment when I would magically feel an urge to fold laundry. Or at least sweep the floor. But it never came. And after my daughter was born, I stopped caring entirely what my house looked like, which led to a long spiral of poor housecleaning habits which I still haven’t recovered from.

Apparently I’m making up for my lack of nesting last time by getting the urge early this time–at 31 weeks, to be exact. I hope it’s just because I have so much to do before the baby comes and that it doesn’t mean labor is imminent. But in any case, I’ll enjoy it while it lasts. My poor house could really use it. Sadly, so far it hasn’t had much of an impact on the state of my house.

So if I’m not cleaning, why do I think I’m nesting? Here are five signs you might be nesting that have nothing to do with cleaning.

1) Buying furniture. My husband and I usually spend a long time looking for furniture before we decide on a piece. We spent a year looking for a table once (I kid you not. And that table was worth it–it’s gorgeous). But Saturday I decided I absolutely had to have a new dresser for my daughter so I could use the old one for the baby. And I had to have it NOW. Saturday night we brought home a full bedroom set for her room.

2) Washing clothes. I really wish this urge would extend to folding them and putting them away, but so far it hasn’t. I just wash them. I finally started washing baby clothes, and I’ve been washing all of our regular laundry a lot more frequently. However, this really doesn’t help the appearance of your house if you don’t put them away. Now we just have clean piles of laundry sitting everywhere. Only a slight improvement on the dirty piles of laundry.

3) Taking showers. Is this nesting? I think it is. I have never been one to shower much–just not a priority for me, at least not until my hair gets greasy–but lately I’ve been wanting them a lot. I almost took two yesterday, which I can’t remember ever doing before in my life. It was only because of the allergic reaction I was having to the dust in the baby clothes I was washing, but still.

4) Organizing the junk room. I haven’t managed to get rid of the junk room since we got married, despite having lived in five different homes, probably because I don’t have a clue how to organize my husband’s stuff. Tools and boxes of wires do not lend themselves to looking pretty on shelves. However, on Saturday night we spent about an hour going through the boxes in the junk room. I’m determined to turn it into a beautiful guest room/office within the next two months. It’s an impossible task. But pregnancy was made for impossible tasks, right? I’m growing a human, for heaven’s sake. Surely I can handle emptying boxes of notebooks.

5) Starting new projects. I have never been so prolific with project ideas. This is stupid, because in two months I will have to put all these projects on hold indefinitely. But I can’t stop. I keep getting these awesome ideas of things I want to do, and I have to start them NOW. Then I decide I have to finish them NOW, before the baby comes. I’ve been staying up late every night working on writing projects. Again, this does absolutely nothing to improve the messy appearance of my house. But maybe it’s helping the messy insides of my mind?

All this organizing and idea generation is making me feel a little manic. It’s a nice change from the beginning of pregnancy, when all I wanted to do was sleep. But it’s still a little strange. Why can’t I have a normal nesting instinct and just wash dishes? That would feel so much more productive. And I’d have a clean kitchen at the end of it. Instead, all I’m getting from my nesting instinct is piles of empty boxes, lots of half-finished files in my computer, and clean hair.