how to breastfeed a teething baby 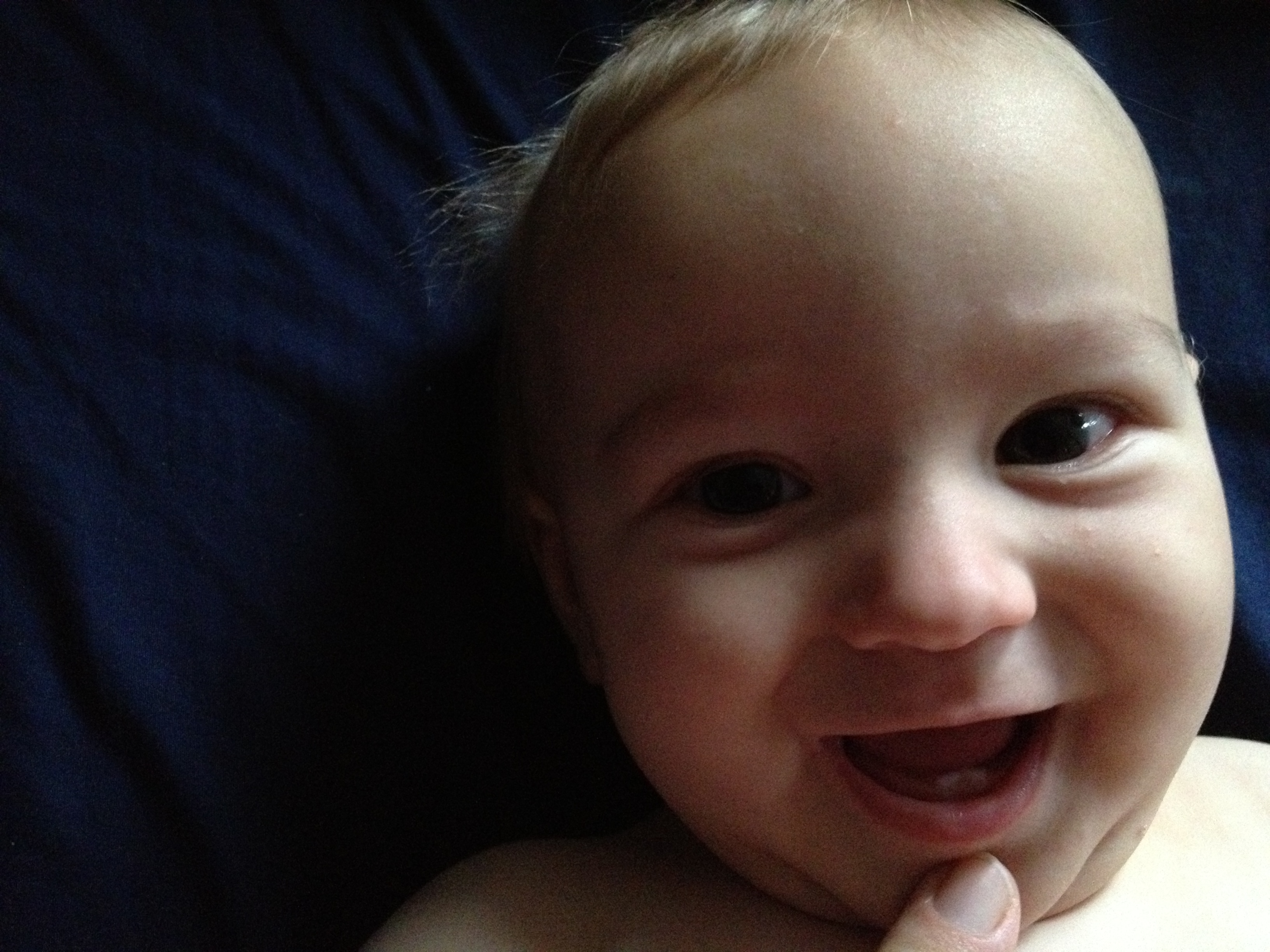 Being a mother is painful. There’s pregnancy, for starters, which is awful, and labor, which is sometimes worse. And then there are long sleepless nights and the awful postpartum body and the constant worry that you’re doing everything wrong.

But there’s something special about the pain of being bitten while breastfeeding a baby who’s just cut his first teeth.

For one thing, these are new teeth we’re talking about. They haven’t been worn down yet by the grind of chewing solid foods like, you know, applesauce. They’re sharp. For another, the baby has never bitten anything before, so when he discovers the novelty of the action — and the excitement of being able to elicit a rather impressive reaction from you — he may want to repeat it. Constantly. But worst of all is the realization that you have to deliberately put your boob back in harm’s way — into the jaws of death, as it were — because that’s the way you feed your baby. And your reluctance to risk getting bitten in a very tender spot conflicts with your fear of starving your baby.

Not to mention the fact that your first reaction to the pain of a bite — which you may or may not act on — is probably to punch your baby’s face and shove him unceremoniously away from you. And possibly throw him on the ground.

Fortunately, the biting stage usually doesn’t last long. Most babies will try it, but most will quickly figure out that they can’t eat effectively and bite at the same time. Once the novelty wears off, they’ll go back to a correct and comfortable latch. In the meantime, you can survive — and even breastfeed through it. Here’s how.

1. Make sure he’s really hungry. The most efficient way for your baby to get milk is for him to press your breast between his tongue and the roof of his mouth. Which means that his teeth should never touch you. When he bites, he’s not eating — and chances are he’s not hungry. So wait till he’s really hungry to offer, and stop when he slows down.

2. Don’t push — pull. When something (or someone) is biting you, you get a primal urge to get away from them. So your natural reaction is to push your baby away. But when your nipple is caught between his teeth, trust me — moving him away from you is a bad idea. Pulling him closer will actually cause him to let go. I’ve heard this is because it pushes his nose into your breast and forces him to open his mouth so he can breathe. I don’t want to know if this is true, because then I would feel guilty for attempting to suffocate my baby. In any case, it works. Hug him tight. He’ll let go.

3. Try different reactions. You may not have a choice about this one. I can’t help but scream. Loudly. Something about getting bitten by really sharp teeth has that effect on me. But some babies are amused by a dramatic reaction and may want to do it more if you scream. Other babies might be terrified by your scream and go on a nursing strike as a result. So if you’re able to control your reaction, try calmer responses — such as a firm, gentle “No” or setting him down for a minute — to see what’s most effective at discouraging biting.

4. Give him a teether. If what he really wants is to chew on something, indulge that desire. Give him something to chew on. Other than your boob. If he’s really hungry, he won’t be happy with the teether, but a little break can help. You can also try giving him a teether before he nurses, to soothe the gums ahead of time so he isn’t so eager to bite on something while he’s eating.

5. Stop when he’s done. Watch him closely while he’s nursing, and as soon as he stops sucking, pulls away, or seems distracted — unlatch him. Fast. It’s impossible for him to bite while he’s actually eating, but the instant he stops sucking, your nipple is in danger. Even if he doesn’t actually bite, mobile babies will often roll or pull away with the boob still in their mouths, which is also unpleasant and unnecessary. Prevention is better than cure. Watch carefully, and when he’s finished eating, unlatch him before he has a chance to strike.

Most importantly, remind yourself that, like all things parenting, this will pass. In a few short months, the bite marks on your breasts will fade, and the next set of teeth will break through, and you’ll be worrying about a whole new set of problems, like whether to feed him banana, avocado, or applesauce for dinner. In the meantime, breathe.

And try not to scream.